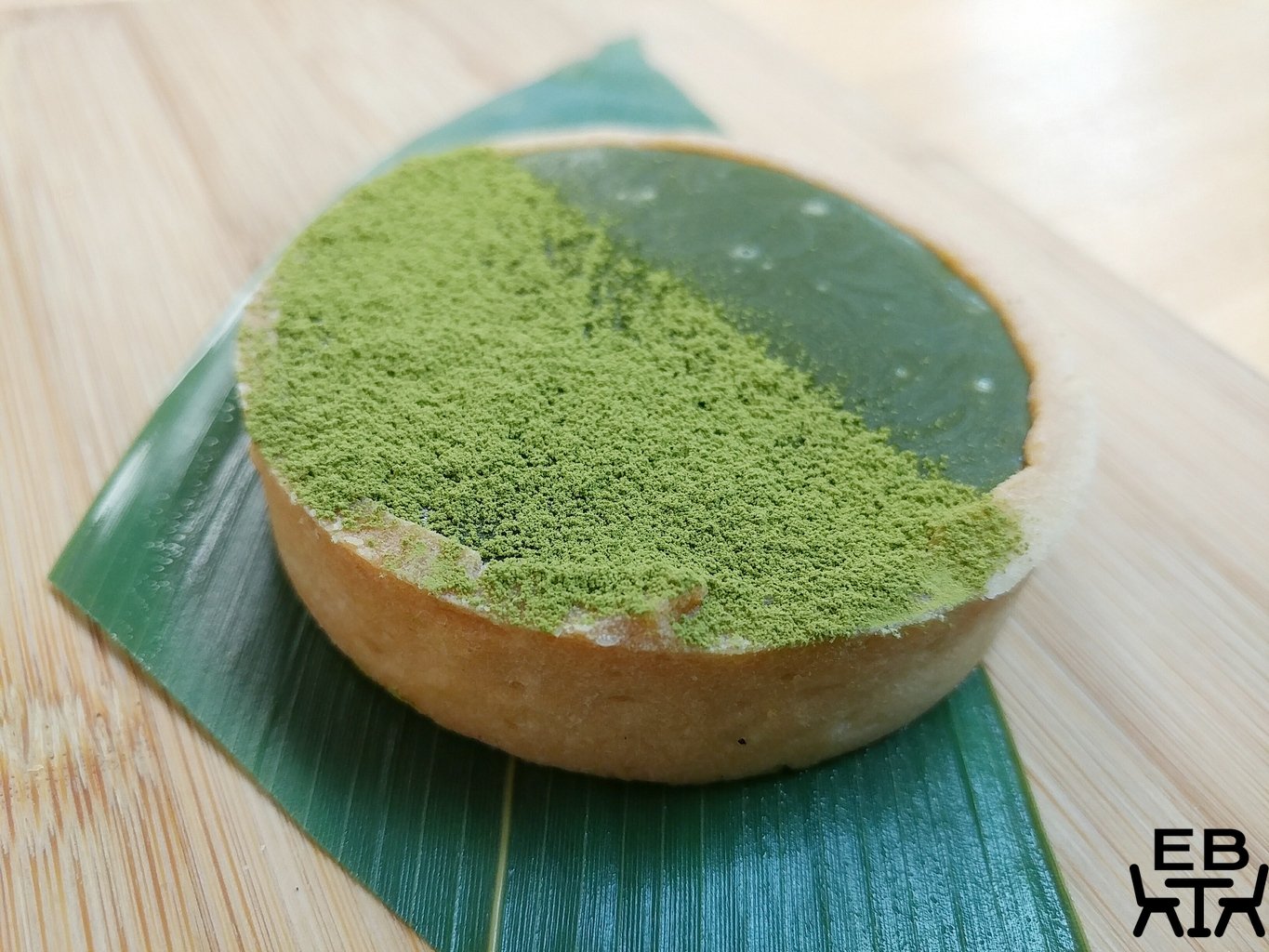 We saw pictures of Chanoyu’s matcha goodies on social media, and decided that we had to make a visit when we were next on the Gold Coast.

Located in the midst of a little row of shops opposite a park, it had the feel of a casual local cafe.  A little table was set up out the front, with the menu and pictures of some of their dishes neatly laid out on it. We could only see the name of the cafe when we were just about right in front of it, but that table and some other seats outside at least gave us an indication that there was an eatery there.

“Chanoyu Japanese Infused Cafe”, it titles itself on its website and Facebook page. It has quite a simple setup, with light wood tables and chairs, the forms straight and blocky, rather than the now more common minimalist modern styles. The walls were covered with beige brick wallpaper, and there was artificial greenery on shelves on the wall for some contrasting colour. The square brown floor tiles added to the retro feel. It was quite cosy and homey, and had the simple, nature-referencing Japanese sensibilities to it. In one corner was also a kids’ play area with a small wooden bench, chalk board for drawing on, and a selection of toys. That was no doubt appreciated by parents dining there with their young children.

We determined from other people lining up at the service counter that you order and pay at the counter. We picked the menu up from the counter and returned to the end of the line. The menu was made up of a few laminated sheets held together by a ring binder, with one sheet listing food options, one sheet listing drink options, and the third sheet showing pictures of their most popular items. The food options included what we would consider Japanese cafe classics, like omu rice, Japanese curry rice, and pork katsu sandwich. There were also some fusion dishes, like a croque monsieur with miso bechamel sauce, and a triple cheese chicken karaage parmie. We had just enough time to decide what to have before it came to our turn to order.

We ordered the Prawn creamy croquette burger, the Teriyaki beef and egg burger, and a side of the special of pulled pork potato croquettes. We were given place markers of a playing card on a stand, which we took back to the table.

We also ordered matcha drinks, of course. We would have had one of their special drinks of iced matcha latte with coffee jelly, but they were out of jelly, so we had the iced matcha latte with espresso instead. It had a nature-referencing gradient of colour, going from brown to white to green. When mixed, it had earthy matcha notes and a subtle coffee flavour. It was only mildly sweet, and a pleasant and refreshing drink. For those who like both matcha and coffee, it is a win-win.

The hot matcha latte had good colour and strength of flavour. There was clearly a good amount of matcha in it, and it was a vibrant shade, rather than the dull look of low quality matcha. It was rich and earthy. This was clearly the real thing.

The Prawn creamy croquette burger was listed on the menu as having the house made miso bechamel prawn creamy croquette and cabbage on a milk bun. It came served with a little side salad, similar to what you might get in one section of a bento box. The croquette was panko crumbed, so had a good textural crunch on the outside. On the inside, it was creamy and squishy, made of a light potato mix that was salty and a little sweet. There were indeed bits of prawn in it as well. The shredded cabbage underneath it didn’t add any flavour, but along with the side salad, perhaps made the dish seem healthier. The bun was toasted, so a little crisp on the outside, and soft inside.

The Teriyaki beef and egg burger was described on the menu as house made beef teriyaki Hamburg steak, and fried egg on a milk bun. It came out pretty much as described, along with some spinach leaves under the beef patty, and accompanied by the same side salad as with the other burger. Essentially, the patty had a similar texture to a typical beef burger patty. It had a little sweet and saltiness as one would expect from teriyaki sauce, but it wasn’t very strong. The fried egg had a soft, gooey but not explosively runny yolk, so it wasn’t too messy to eat.

The Pulled pork potato croquettes were a weekend special, and were described on the menu as Japanese deep fried mushed (their word) potato mixed with pulled pork. They came served in a little bamboo sheet boat, with a little nest of shredded cabbage, and a small container of dipping sauce with sesame seeds mixed in. The croquettes were panko crumbed, so had crunch on the outside from the fine crumb. The potato mix on the inside was soft and squishy, much like the prawn croquette had been. There were some bits of tender pulled pork in it, but they weren’t particularly strongly flavoured on their own. The sauce with it was like a sweet BBQ sauce. They were alright, but seemed pricey at the three small croquettes for $4.

We had spotted the desserts in the cabinet when we were at the counter, and given that we were there for the matcha, couldn’t leave without them. The choux cream puffs (in vanilla or matcha) and the matcha strawberry muffins were already sold out, so we had quickly placed our orders for the Matcha chocolate ganache tarts rather than waiting until we finished our main meals.

The tarts were each served to the table on a wooden board, a triangular section of green leaf underneath them further enhancing their verdancy. The tart filling was a deep, rich green. A dusting of mossy green matcha powder across half of the top of the tart acted as contrast to the hue of the filling, and made it look even richer. That filling had a mild sweetness from the chocolate, of a similar level to unsweetened red bean paste. It was smooth, with no graininess at all, and was a very well done ganache. The pastry encasing it was like a shortbread, but not too buttery, and not salted. It carried the matcha filling, rather than competing with it. The tart had good strength of matcha flavour, and as matcha fans, we were happy with it.

There was limited interaction with the staff between ordering the food and it being delivered to the table. The only thing was that we had to go back and prompt them that we had ordered and paid for two tarts, not just one.

Overall, we found the matcha drinks and desserts at Chanoyu good. The fact that the other matcha treats were already sold out indicate that other people think so too. We were underwhelmed by the food though, and would not specifically make a trip there for the food. We would, however, make a detour for their matcha. 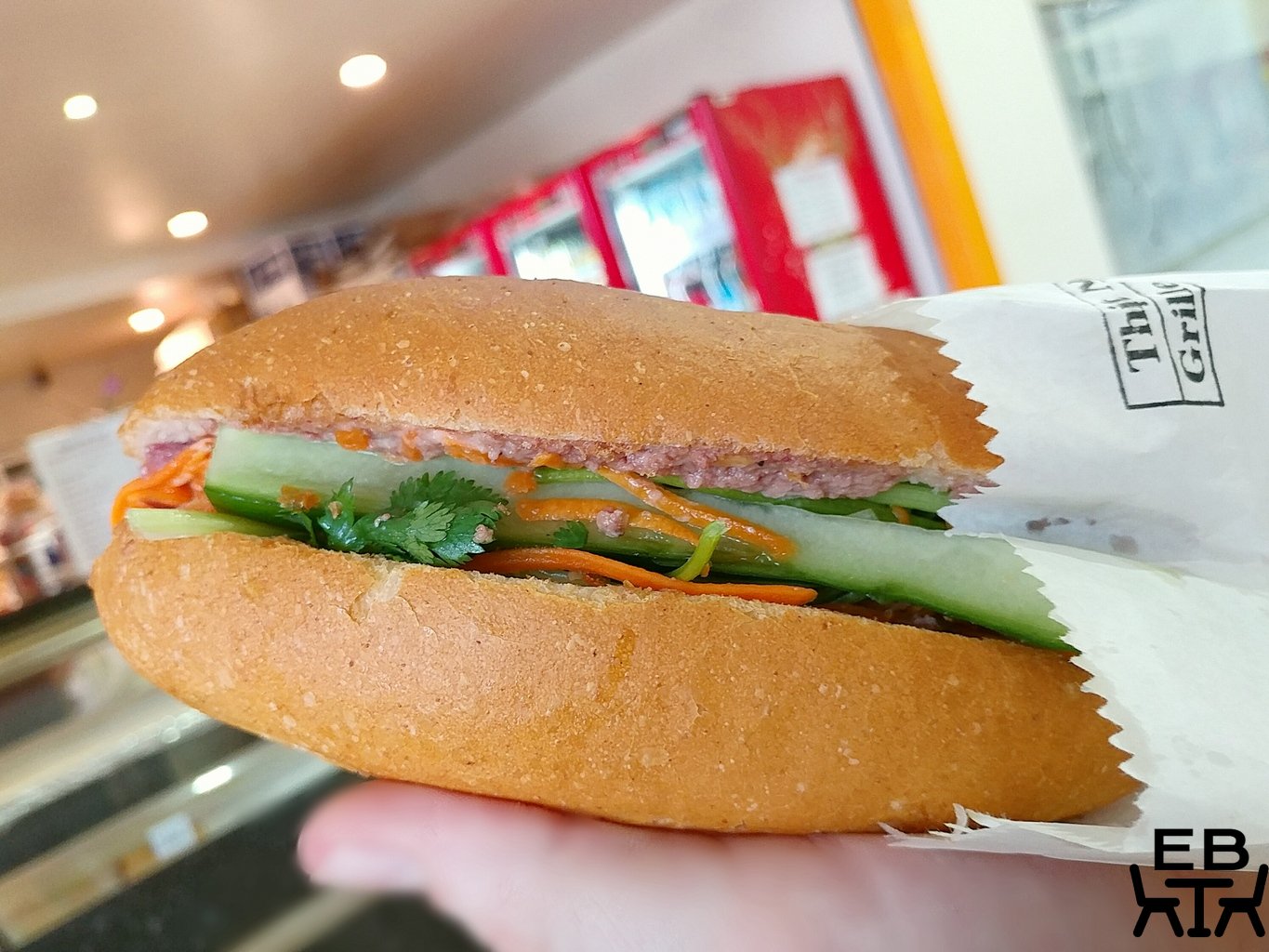