American diner-style food started catching on here about a year ago, and Easy Street Diner in Mermaid Beach continues to ride the wave. Rated the best on Crave’s list of Top Ten Burgers on the Gold Coast this year, we certainly anticipated good things when we visited.

Blink and you’ll miss it as you travel down the Gold Coast Highway. In fact, we’d driven past it numerous times and never paid it any attention. In the middle of a row of shops, the simple black and white sign doesn’t really jump out at you. We missed it trying to get there, and after we realised where it was, drove around in circles for quite a while trying to find a parking spot on the side streets.

It is, unsurprisingly, set up like a diner, with low lights, a bar and service counter near the entrance with tall stools along it for seating, and booth seats along one half of the floorspace. The rest of it is polymer-topped tables that fit four plywood seats, and more metal stools against a counter outside.

We were told that there was a 25 minute wait soon after we arrived, and the waitstaff who took down our details suggested that we go to The Little Mermaid just down the road to have a drink in the meantime. A couple of the staff members from the diner rolled a keg of beer down the road past us to that venue, cluing us in that they might be affiliated. The Little Mermaid was done up like a tropical retreat, with plants hanging from the ceiling, and swing seats. It is a post for another time though, as we were phoned sooner than the predicted time, before we actually got around to ordering anything there.

We returned to the Easy Street Diner, and were shown to seats and given the menu, as well as a little wooden clipboard that had the specials and drink options. The menu has lists of burgers, po’burgers, appetisers (even spelled with a “z”), chicken wings, sides, and desserts..all the things that come to mind when you think American greasy spoon diner.

Between us, we decided on the pork belly bites, the onion rings, and a few burgers, namely the Double Royale burger, the soft shell crab burger, and the pork belly burger.

The pork belly bites had tender meat, and an unctuous chunk of fat, as is typical for the cut. This was coated in fluffy batter, and came with a sweet dip that tasted like a sweetened BBQ sauce.

The onion rings were crunchy on the outside, coated with the same batter as the other items. The onion on the inside wasn’t quite cooked down, so hadn’t transformed into the caramelised, soft, sweet centre that onion rings usually have, and was still a bit crunchy on the inside. Fortunately, it didn’t have the pungency of a raw onion. It came with a dip that was reminiscent of what McDonald’s used to have, a tangy, fruity sauce.

The Double Royale burger had juicy patties of well-seasoned meat, cooked so they were still a little pink in the middle. It was also definitely cheesy, nicely melted over the meat. The burger bun was glazed on the outside, and soft and slightly sweet, in the American style.

The pork belly burger, similar to the pork belly bites, had juicy meat. It had a little bit of crunchiness at the corners, and had a roasted flavour. It all quickly got soggy due to the sauce, making it a knife and fork burger rather than one you could tidily tackle with your hands. The sauce was sweet and garlicky, and went well with the pork belly. There was also slaw with it, which gave extra crunch.

We found the staff to be friendly and helpful, and they promptly gave us suggestions on the popular burgers as we deliberated.

Easy Street Diner definitely does some tasty burgers, and hits the flavour notes we are programmed to crave of salt, sweet, and fat. It has some strong contenders for best on the Gold Coast, and there were a couple of missteps in the food we had. Still, they know how to make indulgent food that appeals. 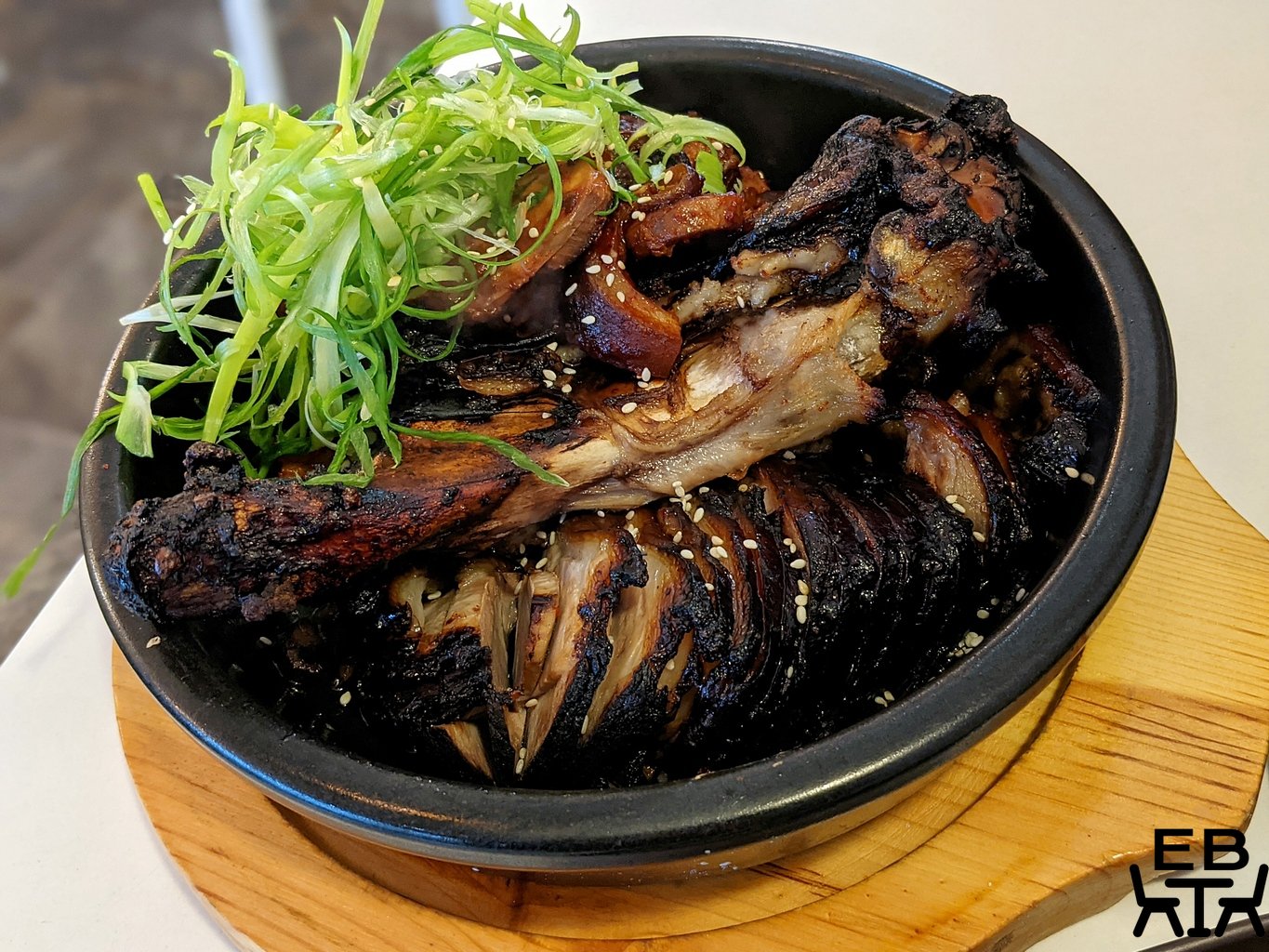