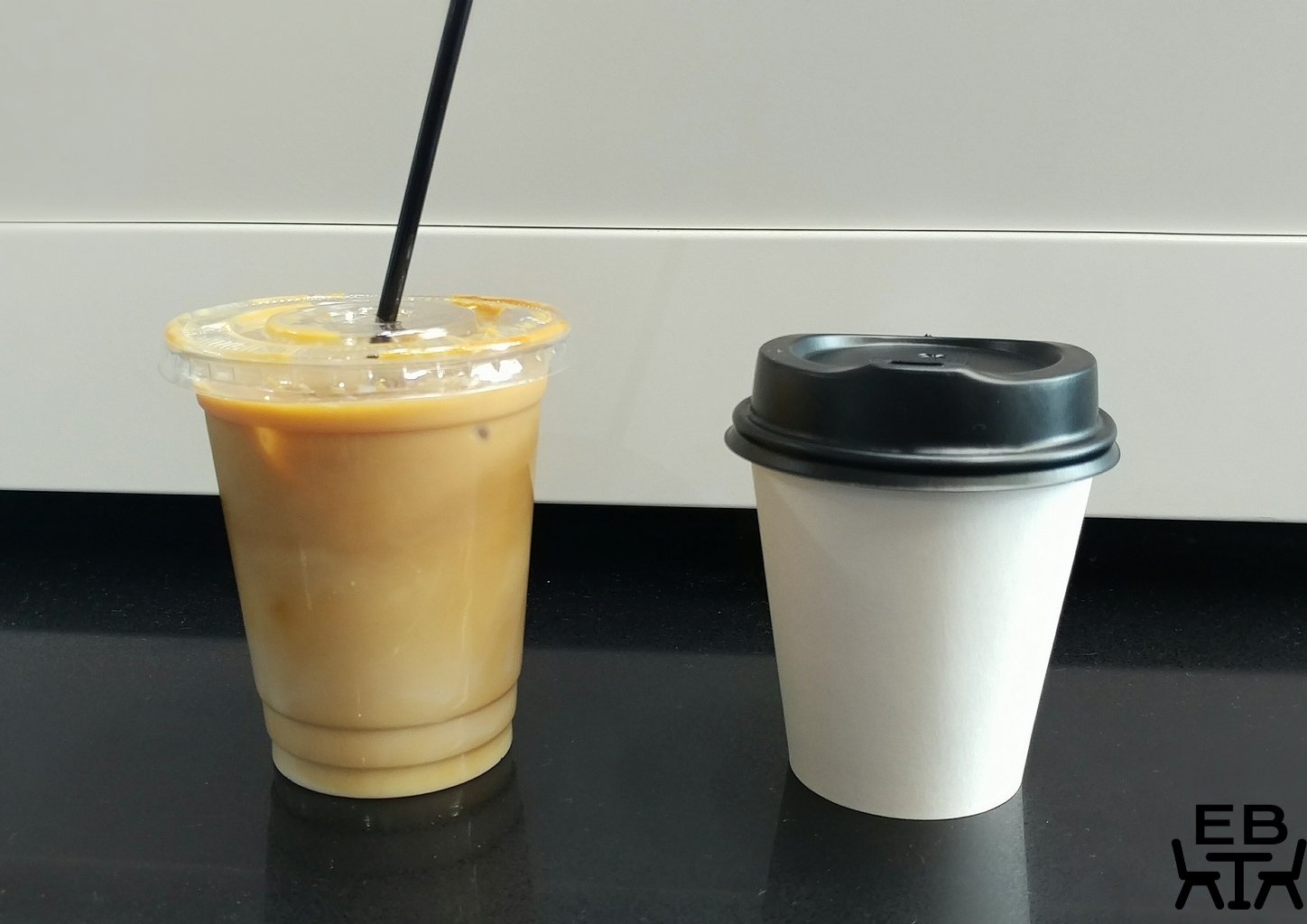 We had never heard of Foster & Black before the store popped up in Westfield Carindale’s Glasshouse dining section. It turns out that they hail from the Sunshine Coast, with the first store there, and this second store in Brisbane marks their expansion.

It is a standalone kiosk, near other stands for Coco Bliss and Gong Cha. The neon white lettering spelling out Foster II (instead of &) Black stands out well against the black backdrop, and you can spot it from quite a distance away, even past the escalator and indoor greenery that might obstruct your view at times. The kiosk is modern and minimalist in design and styling, with clean, sharp lines and the use of just black and white. It is set up mainly for takeaways, with space to fit just three seats in at a small counter to the side. You can sit at other tables in the general food court area instead, but that is really the only seating directly designated for this coffee spot.

For their opening, to drum up awareness and introduce customers to their wares, they offered a free coffee a day for the week to people who signed up on their website. Free samples are indeed a great way to get people hooked, if you can prove that your product is good. We took them up on that, of course.

We ordered a flat white and an iced latte on soy milk.

The flat white had well-textured milk froth. It had a complex, nutty flavour and a smooth aftertaste, and was deemed to be a good coffee by the coffee snob present.

The iced latte was also a good strength, and had nutty notes with no bitterness. Similarly, it had a pleasantly smooth finish. Definitely one of the better iced lattes around.

While they don’t currently serve substantial food, you can get treats such as brownie slices, banana bread, and cookies to go with your coffee.

Despite the growing busyness when we were there (clearly many other people like giveaways), staff remained cheerful, and as described above, the coffee was of a good standard. At other places, you can find that as the service gets more hectic, the coffees are rushed and poorly done. Fortunately, this was not the case here.

While Foster & Black has ventured some distance from where it began, it seems to be to the benefit of Brisbane’s southsiders, who can now get themselves an actually tasty coffee while they roam the shopping mall.