Il Verde is one of a number of eateries that has opened in the restaurant precinct created at King Street in Bowen Hills. While we tend to not go to Italian places because we figure we can make pretty passable pasta and pizza ourselves, when a friend suggested going for the Cheese Wheel Pasta at Il Verde, once we had found out what it was, we could not resist.

Located on a corner lot at the base of one of the many towering apartment blocks along King Street, it is easy enough to find. A lighted green sign with the name, Il Verde, can be spotted near the front of the restaurant. Failing that, the many people sitting in the al fresco dining area may be enough of an additional clue, particularly if you are there on a Tuesday or Thursday evening, which are the Cheese Wheel Pasta nights.

We had booked ahead, and were soon shown to our table. We were seated in that outdoor covered area. It was pleasant enough during the snap of cool weather, except that the stench of cigarette smoke from smokers outside kept wafting in. Italian ballads played over the speakers, at not too loud a volume. That outdoor area had quite understated, classic decor, with padded bench-style seats along the wall, and wood-topped tables and angular metal chairs across from them. Fairy lights were entwined along the tendrils of greenery that descended between the grilles demarcating the bounds of the restaurant, creating a bit of an outdoor garden feel, and referencing the name of the restaurant (“Il Verde” translates to “the green”).

There is also indoor seating, padded tan-coloured booth-style seats in a cosy semi-circle, with gold pendant lighting descending from above providing plenty of brightness. The indoor area is air-conditioned, which is a more comfortable setting for eating hot food when the weather is warmer, but that indoor section also traps noise and makes conversations hard to hear.

Waitstaff came to confirm that we were having the Cheese Wheel Pasta, and when we affirmed that this was the case, the feast began. What you get in the deal is an entree, pasta as a main, then dessert. A glass of wine or soft drink is also included.

It commenced with a welcome drink. A golden blend of Midori and Grenadine was brought out in a champagne flute. For those of us who preferred a non-alcoholic option, they had a flame-coloured drink that tasted like cranberry juice with some fizz.

The entree was next, a plate of flatbread pieces sprinkled with grated parmesan cheese, and batons of polenta fries. The polenta fries were surprisingly good, a crunchy crumb on the outside, just seasoned enough that they were tasty and moreish, but didn’t make you feel like you needed to down a glass of water afterwards. Rather than being stodgy in the middle, the polenta was made just dense enough to give a good, firm bite. The flatbread was comparatively less appealing, being, well, flat bread with dry cheese that didn’t stick to it. We only noticed the bottles of olive oil with chilli at the side of the table afterwards. They might have gone some way to making it more palatable. The entrees were actually rather filling themselves, but we had been warned to leave some space for the pasta..

The pasta is certainly the main event here. When the diners at the table are ready, the trolley is brought around. It is as much about the theatre of the preparation of the dish as the actual dish itself. A 35kg wheel of Parmigiano reggiano sits on the top of the trolley, along with a saucepan over a burner. Hot linguine pasta is placed in the cheese wheel, and melts the cheese as it is tossed in the wheel. A heated mix of cream and Taleggio cheese is poured from the saucepan onto the pasta in the cheese wheel, melting more of the Parmigiano reggiano. It is tossed to mix again, then Pecorino cheese and nutmeg are grated over them. Scoops of the pasta are then expertly twisted into heaps on each plate, and each dish is then finished with slivers of crispy pancetta and drizzles of truffle oil. It was a great performance, being able to watch the dish being prepared tableside, and smell the rich aromas of cheese and truffle. What really made it though, was the staff preparing it explaining what they were doing as they went along, and talking about the ingredients. They had great energy and were happy to answer questions as they went. The restaurant gets through a couple of Parmigiano reggiano wheels a month, which is a testament to how popular the deal is. (If you think about it, that is a person’s weight in cheese a month.) The cheese comes from Italy, but there is little risk of them running out, as they have their own supplier.

When it comes down to it though, the food doesn’t have to just look good, it has to taste good. And it did. The linguine pasta was cooked al dente, and held the multiple cheese sauce well. It had been well tossed through, so was well coated. The sauce was creamy, rich, and stick-to-your-sides thick. It delivered cheesy, umami notes, enhanced by the aroma of truffles. The pancetta was crisp and pleasantly salty, and was a good textural contrast to the softness of the other components. It was all the things one wants from a cheese pasta.

The finishing dish, for those with the capacity, was panna cotta. It was meant to be mango panna cotta, but didn’t have a particularly discernible flavour. It had the right texture though, passing the wobble test, and having a creamy, smooth mouthfeel. It had a sugary, crunchy crumble on it, and a mango orange sauce squiggle on the plate and over it.

Another time we went, it was a berry panna cotta, which also had a good texture, and some berry flavour to it. There were also shards of tempered dark chocolate for some crunch and offset the sweetness.

All in all, the Cheese Wheel Pasta at Il Verde is definitely worth going to. Be sure to bring your appetite, and leave your hangups about “clean eating” behind. It is an indulgence, and you will leave full and happy.

Price point: $45 per person for the Cheese Wheel Pasta deal. 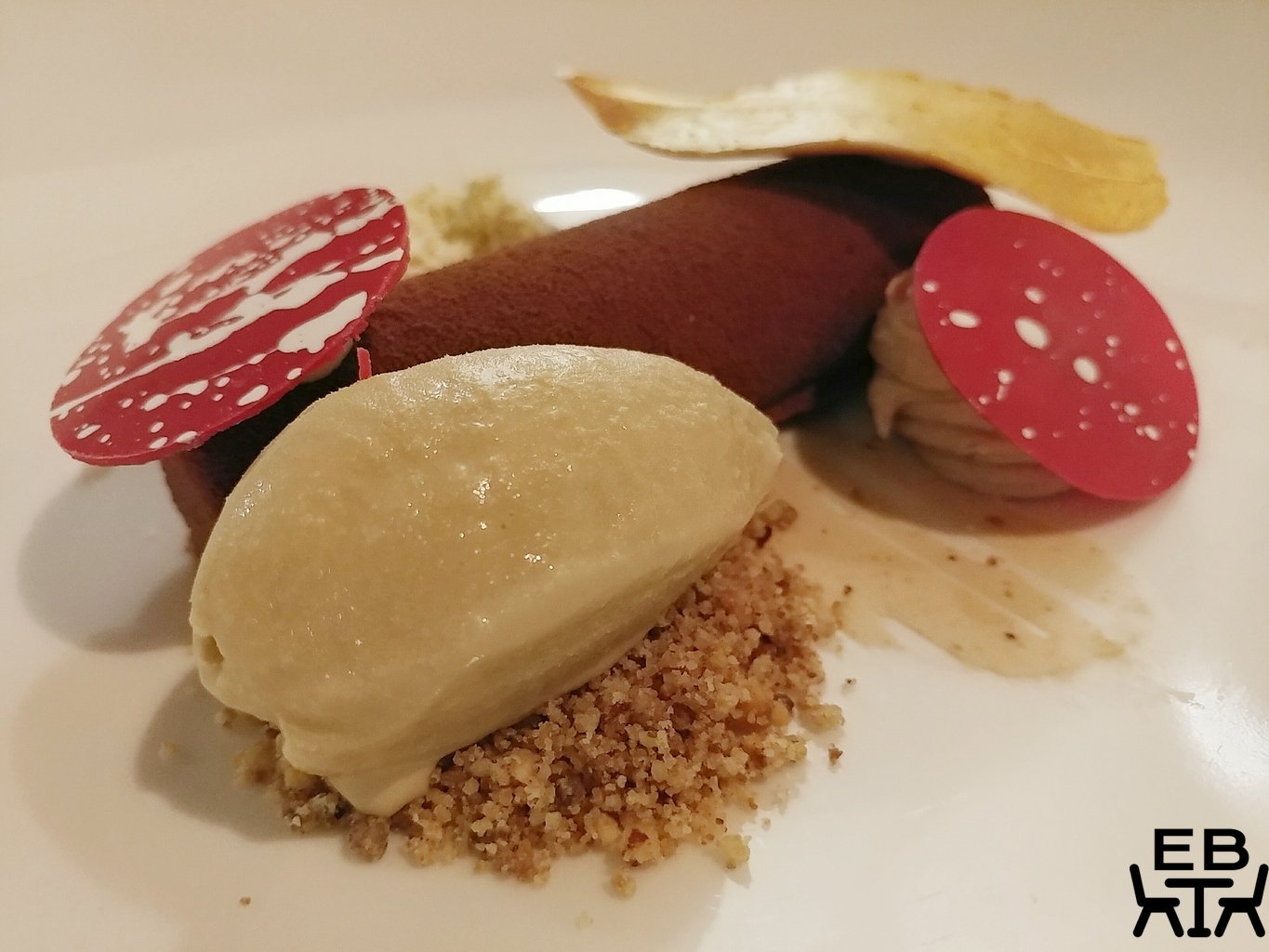