Lady Marmalade Cafe is a Stone’s Corner stalwart that has recently (well, sort of recently) undergone a revamp. A bit like the Pretty Woman transformation, it has been spruced up and styled up, going from quirky retro to French classic.

Since its renovation, it has at least doubled in size. The space that used to be both kitchen and seating area is now all seating area, and the store that they have taken over next door is also mostly seating space now as well. With raw exposed brick walls, dark wood floors, and French cafe style chairs in black and white, it all feels little more sophisticated. Replica old theatre posters in autumn colours hang on the walls, and there are pops of greenery from potted plants.

You can choose to sit either in the air-conditioned inside, which does unfortunately tend to trap patron noise, or outside, which unfortunately exposes you to busy road noise. We opted for inside, and were shown to seats. The drink menu was already at the table, fronted by a hand-drawn magnolia, and containing beer and spirit options if you wanted to start your day in a livelier way. Food menus and a bottle of water were soon brought out to us as well.

Gone were the days when you placed your order at the counter and were given a quirky plastic animal or vegetable to take back to the seat you found for yourself and mark your order, but the little creatures did still pop up in some places..

We began with caffeination. The flat white was well-textured and a good strength.

The iced latte came out in a pretty glass. It was a good sized serve, more generous than you get elsewhere for the same price. It was nicely chilled, and had good flavour without bitterness.

Of note, you get 50c off coffee here if you being your own cup. That would have worked well for the flat white, but the iced latte is unlikely to fit in your standard/medium sized KeepCup.

The menu has all day breakfast items until 1430, and lunch items from 1130 to 1400. So, oddly, you can get breakfast for longer than you can get lunch.. After quite some deliberating, we decided on the LM Gringo and the Biggie Carnivore. Then had to reconsider after being told that they were out of the chilli cheese cornbread waffles that went with the LM Gringo due to a wafflemaker malfunction..and after going through alternatives again settled back on the LM Gringo anyway.

The LM Gringo was listed in the menu as chilli cheese cornbread waffle topped with savoury mince, minced chorizo and black beans, fontina cheese, sour cream, and a fried egg. It came out presented rather like a baked egg dish, the components in a baking dish hidden under a layer of cheese and an egg. There were yellow chillies topping it, threatening heat, but when you ate them had more of a pickly tang and warmth than overpowering fire. As mentioned, they couldn’t do the waffle, so replaced it with sourdough. Unsurprisingly, it would have been nicer with the waffle. It was a bit dry overall with the sourdough toast, and needed a sauce. The fried egg still had a runny yolk, but the mix still needed more. There was a good amount of cheese melted through, but it still wasn’t enough. There were bits of chorizo in the dish, but it didn’t deliver enough of a discernible flavour pop, and was missing the saltiness and spiciness we were expecting. It was sort of mutedly meaty. The dish became kind of samey and squishy by the time you were about halfway through, and there wasn’t really much flavour variation through it.

The Biggie Carnivore had double smoked bacon, lamb sausage, roast tomato, mushrooms, sweet potato rosti, caramelised onion, and poached eggs. When brought to the table, it wasn’t the biggest plate you might expect, but did have all the components listed. The bacon slices were meaty, and not excessively salty. The lamb sausages were not particularly gamey, but carried a little sweetness, and had a nice texture without being gristly. The tomatoes were cooked down, but not to the point that they were mushy. They had a good herby flavour and a little tang to them. The sweet potato rosti wasn’t the pancake-like fritter we expected, but more like a slice of cake. It was quite good though, a soft hash on the inside, crisp on the outside, and well-seasoned. The poached egg (just one, despite the menu naming them in plural) had the anticipated runny yolk. The toast had just a hint of brown and wasn’t overcooked. The components of the dish were each well cooked, but the serving size for price ($23.50) was rather underwhelming.

Overall, the new Lady Marmalade is a pretty space. The value for money of the food is a little less convincing though, and one might almost say the original delivered better in food deliciousness, character, and value.  The coffee was worth it though. 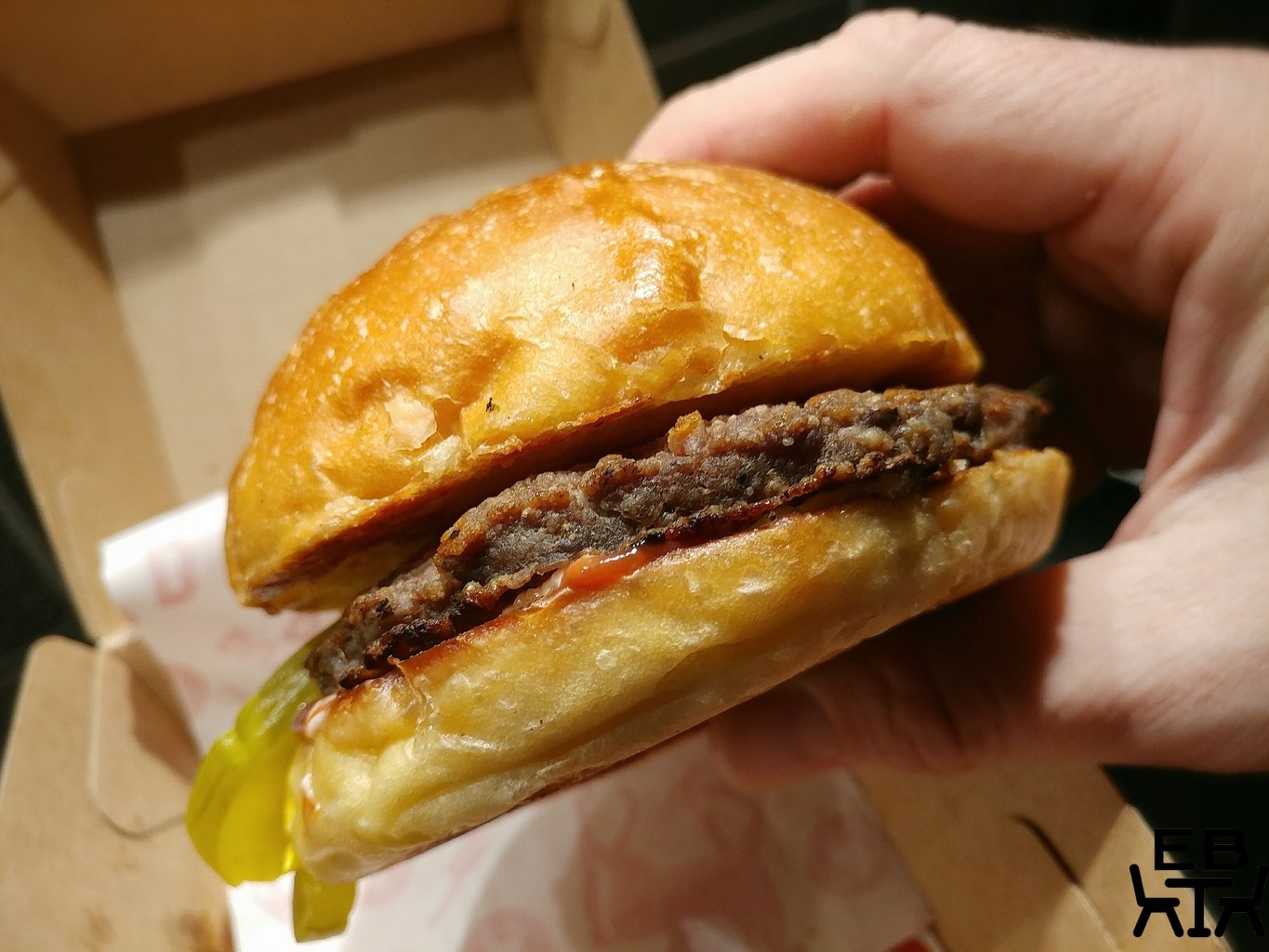 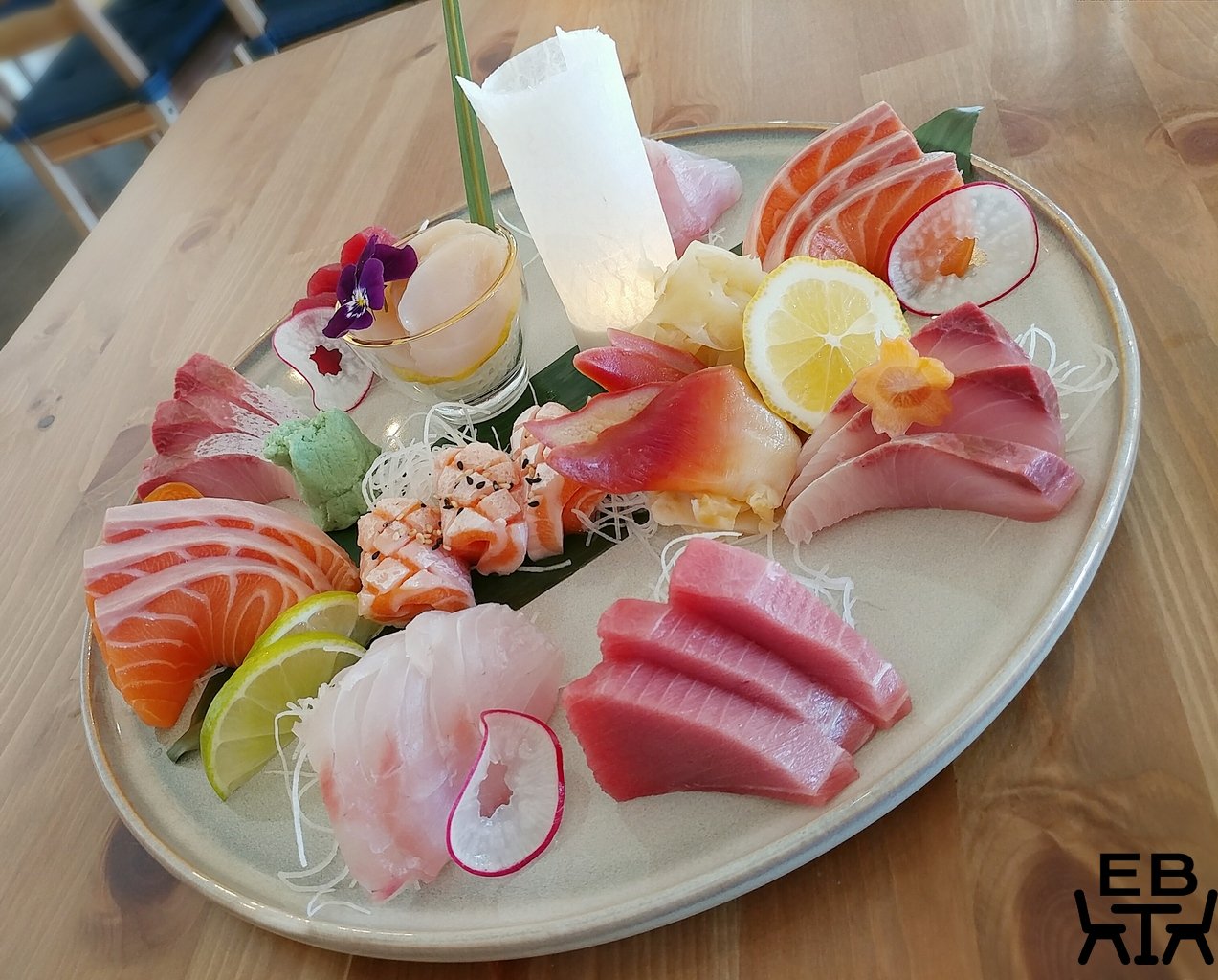