2forks opened in Milton a few weeks ago, with the stated intent of bringing properly pulled meat to Australia, or at least Brisbane for a start. We took up the invitation to visit them, and try it for ourselves.

As they explain on the standing board near the entrance and on their website, despite pulled meats being associated with the southern states of the USA, 2forks wants their food to be known for being more, and Australian instead. “Pull’d meat has been born in Australia using 100% Australian meat. Real, hearty, honest food. Deliciously un-American.” I’m not, however, sure that you can divest yourself of the cultural background of food simply by using the same ingredients grown locally instead. Cantonese-style roast pork belly made using Australian grown pork isn’t less Chinese cuisine. Also, implying that hearty, honest food can’t be American is also a potentially contentious statement. Still, it seemed like a well-intentioned aspiration. It is, by the way, called 2forks because that is what it takes to pull the meat apart.

Taking a slightly tucked away corner spot amidst the multiplying ground floor developments of the new apartment blocks springing up around Milton Station, we could see the restaurant lights and people seated outside as we approached the block.

The décor is modern, not quite minimalist. It has white walls with red brick sections, making one think a little of a New York neighbourhood, particularly with the pink neon sign at one end of the restaurant. The grey tiled floors and wood look laminated tables with light wood and black metal chairs against them again keep the colour scheme quite industrial. The tables mostly seat two comfortably, but can be put together to fit more. There are also longer tables for larger groups or communal dining. The bright white ED lights made it look somewhat clinically cold, but staff we spoke to said that they were looking at changing it to warmer lighting, which will suit the place much better. Techno dance music was playing a little too loudly over the speakers, again likely because they were going for a hip urban vibe, but that may have been a contributor to why more people were seated outside than inside..

The setup is that you order and pay at the counter. Staff did let us know as we came in, and gave us menus to take to our seats. They were large wooden boards with printouts stuck on either side. Laminated paper might be a better idea, as there were already sauce stains on the paper sheets.. Their focus is pulled meats. You start by selecting a pulled protein, the options being pork, beef, or lamb, with a few choices of flavours for each slow cooked meat. We were wondering what the little handprint logo next to some of those options were. It isn’t explained on the menu itself, but is on a cardboard flyer standing at each table. If you order one of the dishes with the hand icon next to it, 10% of the value of that dish is donated to Opportunity International Australia, which provides loans and training to people living in poverty. (see link for more information.) You then choose how you want the meat served, either in a burger, in a burrito, with nachos, with rice, or with a salad. They also offer a non-pulled meat burger (chicken), or a vegetarian burger (house-made vegetarian patty) so no one is left out if they are not a fan of pulled meats (but why would you come here then?). And they also do pork ribs and beef short ribs unpulled.

Do note, however, that it is cashless, so have your cards on you.

The Tequila beef burger is listed on the menu as having their 10 hour slow cooked beef with tequila lime sauce, and tangy green apple and radish slaw. The burger arrived as a lofty stack, with golden buns separated by tangled ribbons of pulled meat, slaw, a cheese slice, and fresh green lettuce in distinct layers. The fresh colours certainly made it look appetising. The pulled beef was not too cooked down, and it was roughly pulled rather than completely shredded, so that it still had texture. It certainly had plenty of sauce on it, with a sweet, almost honey or caramelised onion flavour, and a little kick of spice. It was actually a bit too saucy, extruding a puddle when we were not far into it.. The green apple salad did indeed have bits of green apple in it, which provided crunch and freshness. There were also slices of pickle amidst those layers, for more crunch and tanginess. It was a tasty burger, if messy..

The Pomegranate glazed lamb burger is listed on the menu as having 10 hour slow cooked lamb, sticky pomegranate sauce, mint yoghurt, and pomegranate seeds. The black brioche bun certainly looked striking. We were told that the black colour comes from activated charcoal, which ends up altering the texture when baked as a side effect. It wound up being a drier and less soft bun than one would expect of brioche. It wasn’t terrible though. The pulled lamb again wasn’t over-pulled, so wasn’t just shredded meat. It had quite a gamey flavour though. This went alright with the cheddar cheese slice and yoghurt sauce. The pomegranate sauce gave it a bit of sweetness, and there were indeed pomegranate seeds, which provided a bit of attenuated crunch. With the lettuce, you could say that you had a bit of balance, green to set off the meat and carbohydrates already packed into the burger.. Altogether, it seemed like a heavier and richer burger than the Tequila beef burger.

The BBQ beef short ribs were served with a little pot of their BBQ sauce. The meat still had texture, though it wasn’t pull-apart tender. The sauce was fruity, more sweet than tangy, and a little spicy. The chips on the side were hot and had a good crunch on the outside. The slaw on the other side was finely shaved, which made it easier to handle and collect for a mouthful. It was crunchy, and light on the mayonnaise so that it wasn’t sloppy. It was good contrasting freshness.

Also of note, and almost missed, were the little boxes of salt in a corner of the restaurant. For added variety in flavour to your food, they have containers of salt in flavours such as Applewood smoke, Rosemary, Smoked habanero, and Roasted garlic, among others. You can take scoops of each back to your table in a side dish to mix and match with your dishes. Just another point of difference.

The waitstaff were friendly, and happy to explain the menu to us. They also took the trouble to ask us what we thought about the food and the place, and actually listened, rather than it being just the robotic throwaway comment that often happens.

2forks is still finding its feet a little, but the food has promise. The dishes were certainly tasty, and with some tweaks will be even better. 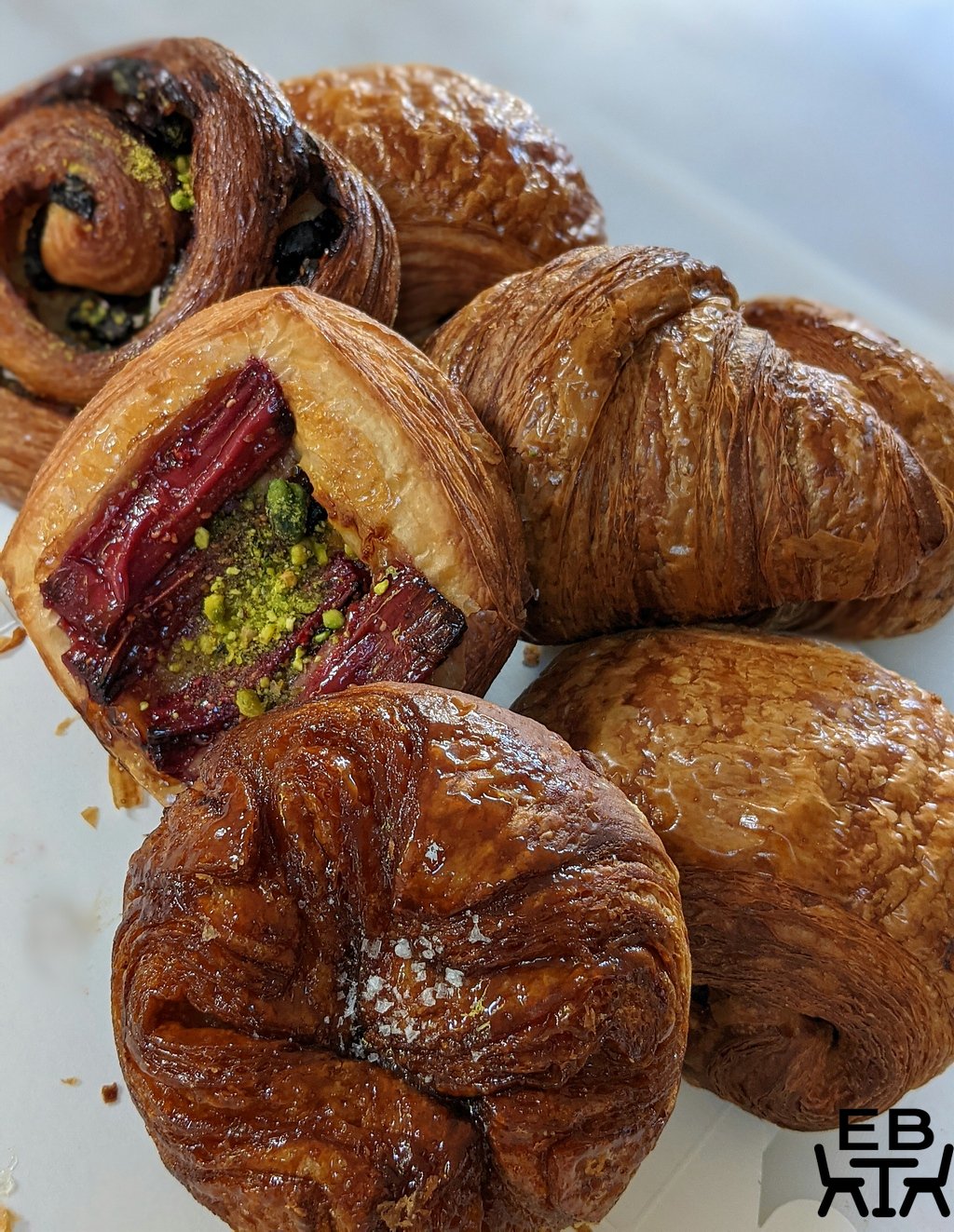