Tolto (or TöLTö, if you’re going to attempt to do it the way they do it – but still not quite manage) was one of the preselected food options in Budapest, based on positive TripAdvisor reviews. It wasn’t hard to get to via a combination of tram and foot, even for travelers who had never been to Budapest before. It is located in the Jewish Quarter, a nice area for a historical stroll in the daytime, and checking out eateries and bars at night.

The shop sign wasn’t lighted, and would be easy to go past it if you weren’t sharply on the lookout. We went through the door to find a rather modern, minimalist space. It doesn’t have a particularly large footprint, and you could fairly call it a hole-in-the-wall joint. The layout and decor, however, keep it from seeming cramped. The space-grey painted concrete walls, dark concrete floor, futuristic tubed white lighting, and black and white furnishings make it a stark contrast to the old architecture just outside. There is limited seating, and it seems mainly set up as a takeaway.

The menu is pinned to a board on the wall. You place your order at the counter, then wait for your food to be prepared. It is, as they state, cooked on the spot to order, so it takes a while, and isn’t fast food per se. While waiting, you will hopefully be in time to grab one of the few seats, either at the single row of bench seats against the table on one side of the eatery space, or at the counter seats on the other side.

We ordered one of their home made lemonades, and a couple of hot dogs. For something a bit different, we picked the Lime ginger chicken sausage, and the Wild boar sausage with shitake ones.

Their home made lemonades were flavoured with either Thai basil or Mexican tarragon. We picked the former. The lemonade wasn’t too tart, and did have a good hint of basil. It was mixed with fizzy soda water as well, which made it more refreshing.

The hot dogs were very prettily presented when they were served. You could see the attention to detail with the placing of each element.

The Lime ginger chicken sausage came with a bread roll with black onion seed, ponzu sauce, radish, and “coconut ball” (listed with the quotation marks). The chicken sausage was just a little seared on the outside, and juicy on the inside. It didn’t quite taste like lime or ginger, but a combination of other herbs instead. The ponzu sauce added a little citrus flavour. The coconut balls didn’t really taste like coconut, but was a slightly sweet biscuity crunch. The bread roll was nicely toasted, so that it was crunchy on the outside and still soft on the inside.

The Wild boar sausage with shitake also came with wakame-sesame salad, chinkiang sauce, spirulina sponge, and a black onion seed breadroll. The sausage was meaty, but not too gamey or gristly. The wakame gave it a seaweed, umami flavour. The sauce drizzled over it was likely mayonnaise mixed with the chinkiang (vinegar). It was tasty, and helped to tie the other ingredients together. The spirulina sponge definitely had a forest green colour. It didn’t taste like very much though, which actually may not have been a bad thing, given what spirulina can taste like.. They added little cracker bubbles to it, which gave it the crunch element.

Altogether, Tolto has certainly managed to make hot dogs gourmet. They put some interesting flavours together, and took into account textures as well. While not particularly traditional, we thought that it was a nice local find. 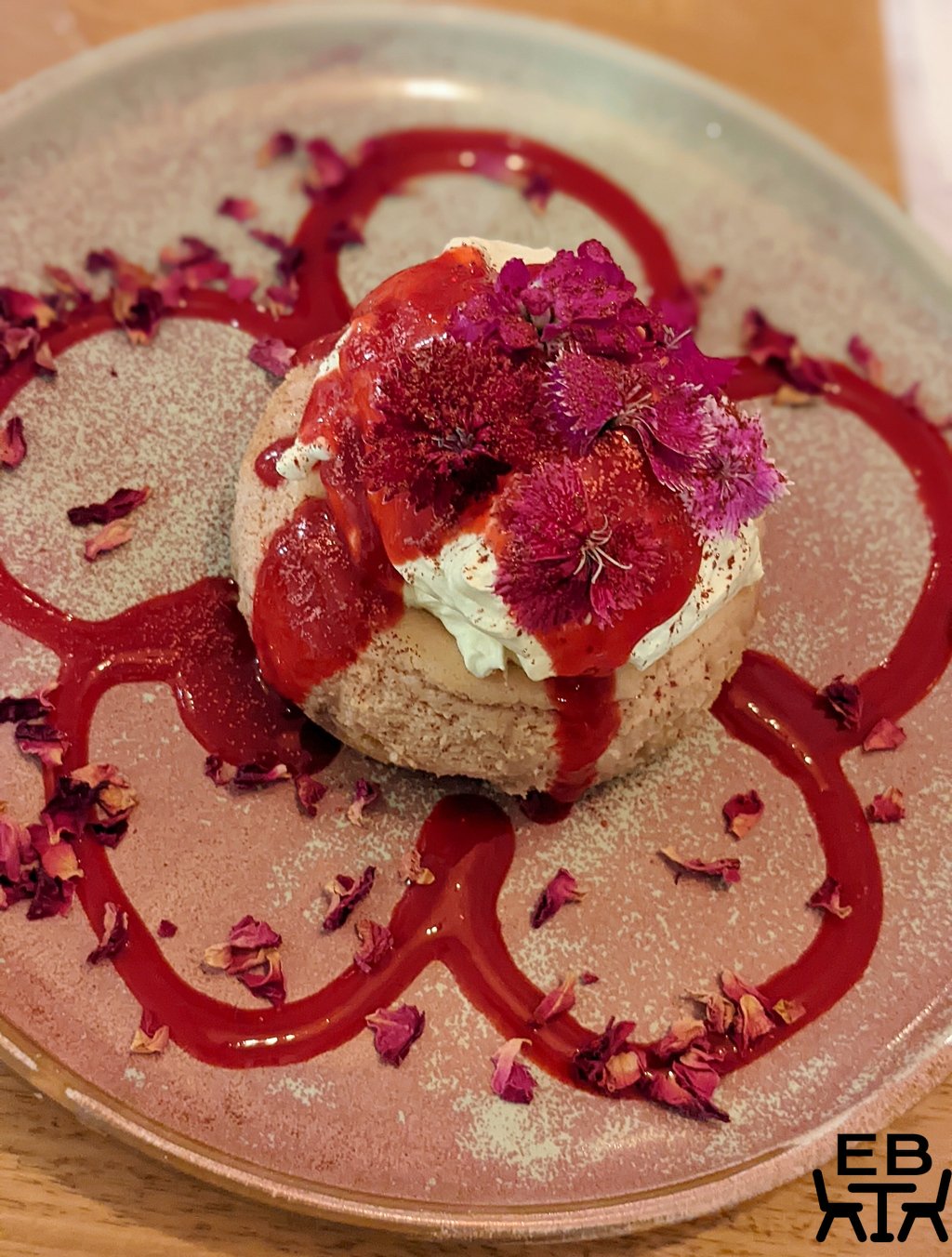