The Kettle Black is in a very striking building that shows how new buildings can accommodate the architecture of older ones. It is barely visible from the Domain Interchange tram stop, or St Kilda Road as you go by. It takes up the ground floor of yet another residential tower on Albert Road. As you approach, you’ll see the black and white patterned umbrellas in front of large floor to ceiling glass windows. Your eyes will inevitably be drawn upwards to what looks like a ripple of scales forming the underbelly of the rest of the building. Also under that scaly shelter sits another building of Victorian design. It looks just like the terrace houses you see in Carlton or Fitzroy, painted a ghostly white. A spectre of the past contributing to the foundation of the present/future?

There is a coffee cart stationed out front, also provisioned with some of the cakes and muesli bowls, so that the customers waiting for their turn to sit and eat can have some caffeine or other tidbits to sustain them in the meantime. They have to be purchased, of course.

When we visited, perhaps slightly after peak brunch time, there was about a 20 minute wait. There isn’t much in the vicinity in terms of other cafes or shops to meander to, so most people wind up just hanging around. Also, they take names but not phone numbers, and no one really wants to miss out on their turn. What is off-putting is the people who stand around and smoke nearby, because the smoke drifts over to everyone else waiting as well as the customers dining alfresco.

We were eventually called in, and seated on the end of a communal table. Water and menus were soon brought to us, and we were given time to peruse. There’s no division of breakfast and lunch on the menu, just “food”. This is a good thing,  because you then don’t have to regret coming in too early or too late.

The hotcakes are much photographed, and for good reason. They are visually striking, like someone poured a bright spring day onto your plate. I had deliberated over ordering them or something else, as I had actually felt like something savoury. I am glad that I did get the dish though. They were just the right balance of dense and fluffy, with enough syrup soaked in to provide sweetness without making it soggy. Blueberries were found with appropriate frequency. Seeds across the top added crunch so that it wasn’t just squishy.

The braised pork shoulder was somewhat more like a round of pulled pork. It was seasoned enough to be tasty, and wasn’t too dry. The runny yolk from the poached egg added moisture. It would have been nice if there had been more of the hollandaise, as it wasn’t quite enough for more than about halfway through the dish. The aeration made it look like there was much more of it than there actually was when poured out.

The seasoned mushrooms on toast with mushroom powder and fresh goat curd with a poached egg were had by a friend and thought to be rather tasty, especially with the goat curd, which was essentially goat’s cheese.

The iced mocha was nicely sweet, chocolatey, and cold. (The menu does only list an iced chocolate and an iced coffee, but they made it so on request.)

The flat white and the cold pressed juice were also good.

Waitstaff were cheerful and prompt, even with a quite busy brunch crowd.

Overall, quite delicious food if you pick the right items. Kettle Black is a pretty, light-infused place to have a meal, but you might feel guilty lingering over your food when you see the line of people waiting to get in outside.

Price point: Beyond basic toast, you’re looking at $13 for museli to a maximum of $23 for the more substantial dishes. 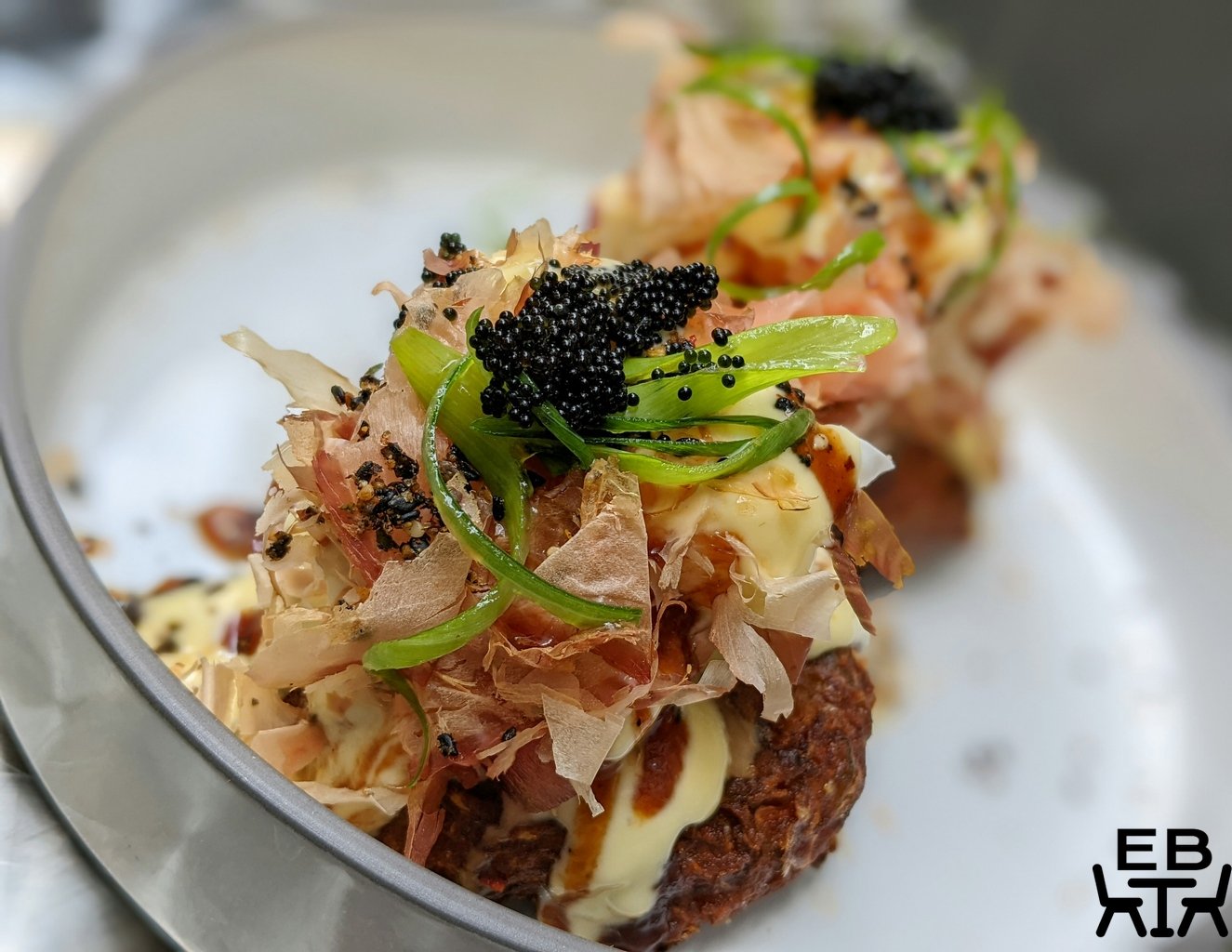