SalamaTea is tucked away in a corner of Sunshine’s main shopping area, and is easy to miss if you didn’t already know it was there. More than just your typical eatery, it is also a social enterprise. SalamaTea employs refugees and asylum seekers, imparting hospitality skills and helping them adapt to their new home. The name “SalamaTea” is a play on the Persian word “Salamati”, which sort of means “cheers” or “well-being”.

It has quite a small seating capacity, with 4 tables outside, and a similar number inside. The outside tables were all already occupied when we arrived, but with the luck of timing, one table was just finishing. Given the current situation (COVID in the world), we opted to wait for an outside table. It was a pleasant temperature outside, and a nearby tree helped to provide shade from the sun.

Water and menus were brought to the table. The menu was on an A4 size laminated sheet, with food items on one side, and drinks on the other. SalamaTea specialises in Persian cuisine, and the menu features Persian dishes.

There were a number of dishes on the menu that were immediately appealing to us, such as the Fesunjun (sweet and sour chicken stew, in walnut-pomegranate sauce and saffron rice), and the Gheymeh (slow cooked lamb, Persian dried lime, lentils, grilled eggplant and tomato served with saffron rice). We were, unfortunately, told by staff when we tried to order those, that they were not available yet (at the brunchy time of 11am). We ended up ordering the Mirza ghazemi omelette and the Falafel plate instead.

Starting with drinks, the flat white was nicely hot, and had a good strength of flavour.

The Falafel plate was listed in the menu as having freshly fried chickpea falafels, served with hummus and beetroot dip, fried halloumi, Shirazi salad, and lavash bread. When brought to the table, we admired the colourful presentation. Falafel plates often bring to mind a brown, rather uniform-looking dish, despite the potential for flavour. In this case, they made it a selection of vibrant colors, like a painter’s easel, and added height with the lavash bread, folding it so that it looked like a curled ribbon.

Beyond just looking pretty, we also found the falafel dish tasty. The falafels were puck-shaped rather than spherical, with a robust crunch on the outside, but not dry on the inside. They had a nutty flavour, and mild hints of spices. Fennel seeds on the outside also added a different from typical flavour. The fried halloumi had a bubbly, crisp exterior, again different from the usual fried halloumi that is served. The hummus had just the right balance of flavour, and was so good we ordered another serving of it.

The Mirza ghasemi omelette was described in the menu as being prepared traditionally with smoked eggplant and tomato. This was brought out in a hot dish, which we were warned about as it was placed on the table – and it was hot. Folds of the lavash bread were also served with it. The omelette had a fiery hue, but actually wasn’t spicy. Instead, it had savoury and smoky flavours from the smoked eggplant topping, tanginess from that fierce-looking red oil, and a vegetal freshness from chopped herbs. The omelette itself had softly folded eggs.

Out of curiosity, we also ordered their house-made saffron persian tea. Saffron is usually used to add another layer of flavour to other things, so we wanted to know what it would taste like on its own. The tea was served with an ornamented gilded teapot, and delicate glass cups and saucers. The clear glass allowed you to see the colour of the tea, which was a bright golden yellow, and happened to almost match the teapot. It was lightly sweet, and had an almost aniseedy flavour.

SalamaTea is certainly a place we would recommend for some flavourful food, and somewhere to return to try their other dishes. Their contribution to the community also means that you get to feel like you are supporting them doing good while you’re eating there. Wins all around! 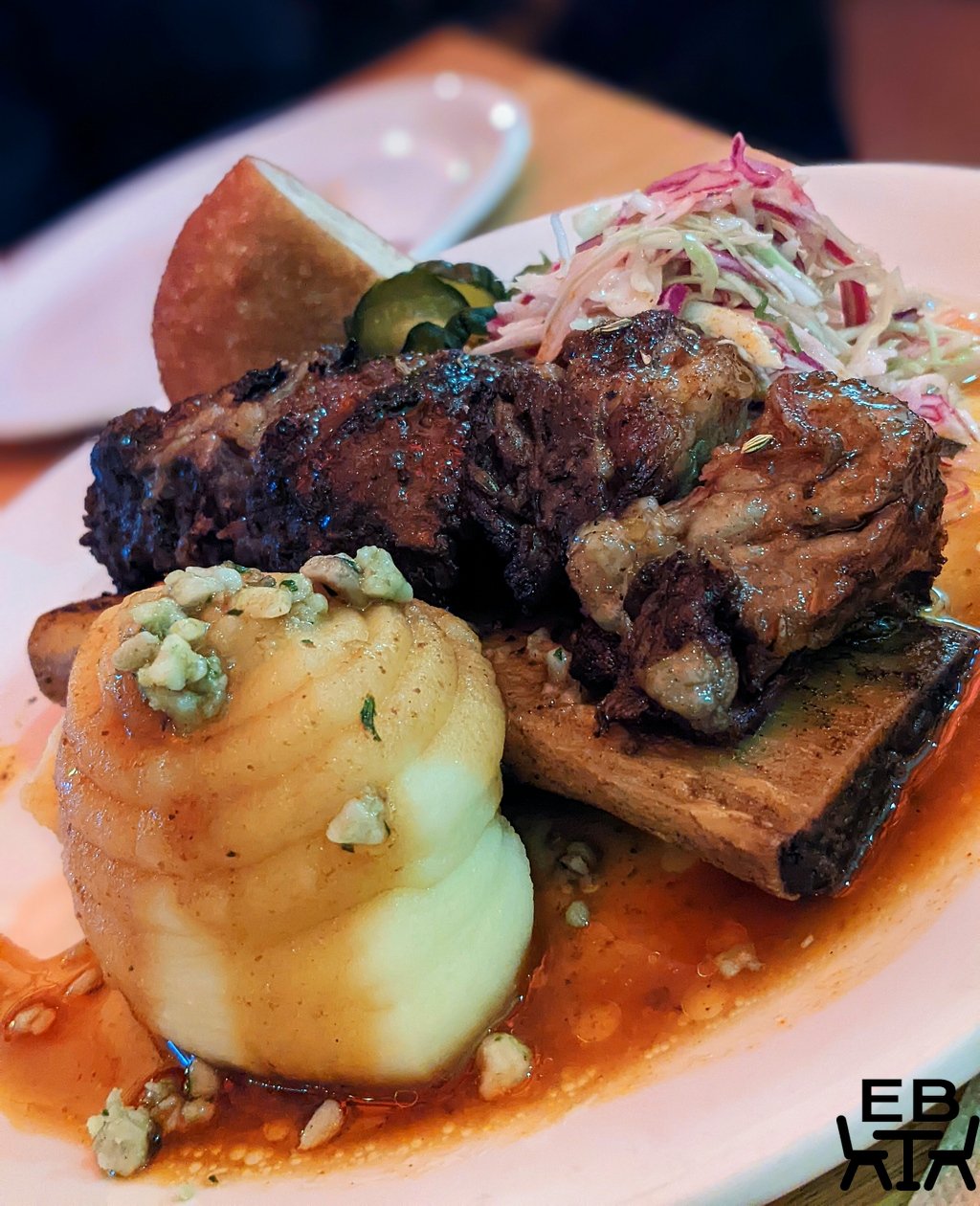