BillyKart West End is a newish outpost, a branch out from the first (BillyKart Kitchen) at Annerley. It is in the ground floor space of one of the new residential apartment blocks just off Boundary Street, so not quite in the area you might otherwise travel for food. It is a surprisingly large space, with indoor seating with large group tables, and some covered outdoor seats as well. If seated indoors, you get a view of the kitchen, so you can watch the magic of how your food happens.

It definitely had the newly opened buzz when we went there, and there was a waiting list for seats, with people hovering the general vicinity waiting for their names to be called. Perhaps it the waitstaff were still learning how to run things (even though the place had already been open for a few weeks), but we were standing near the counter for quite a while, with waitstaff just walking past and paying no heed, before we could catch anyone’s attention to add our names to the list.

It was not too long a wait though (perhaps 15-20 mins), before we were called and seated.

The weekend brunch options struck us as being more interesting than the dinner items. I think you have access to the breakfast items for longer on a weekend compared to on a weekday.

For drinks, there was one listed on the menu as a special non-alcoholic fizz, with lemon, lime, pear, and ginger. It proved, however, to be sadly disappointing, turning out to be mostly soda water with some pieces of cut citrus fruits in it, tasting lemony, but nothing of pear and ginger. That, for $7, was a ripoff. Not the greatest beginning.

Quite a few of the food items on the menu sounded appealing. We had had the Aussie Asian eggs at Annerley before, so decided to try some of the newer dishes. In the end, we settled on the eggs bender and the croque madame.

The eggs bender had poached eggs, horseradish hollandaise sauce, smoked salmon, potato waffles, and though it isn’t mentioned in the menu, a hearty serving of kale. The poached eggs had appropriately runny yolks. The smoked salmon was nicely flavoured. Couldn’t taste the horseradish in the hollandaise though, and the potato waffles..were like regular waffles, only chewier.

The croque madame had the usual egg, melted cheese, and ham combination, but was served with potato waffles instead of bread. This was the preferred dish of the two. The gooey, savoury flavours just worked. Then again, it is a well-tested mix, and not really unique to this establishment. Once more, potato waffles were not enough to make it something truly different that couldn’t be found elsewhere.

Apart from the initial hiccup, service was fine.

Overall, it is pretty good food, but pushing the upper end of the average price for breakfasts in Brisbane, and pricey for what it is. You are probably paying the premium for the location and fitout, and the celebrity chef’s name attached to it. 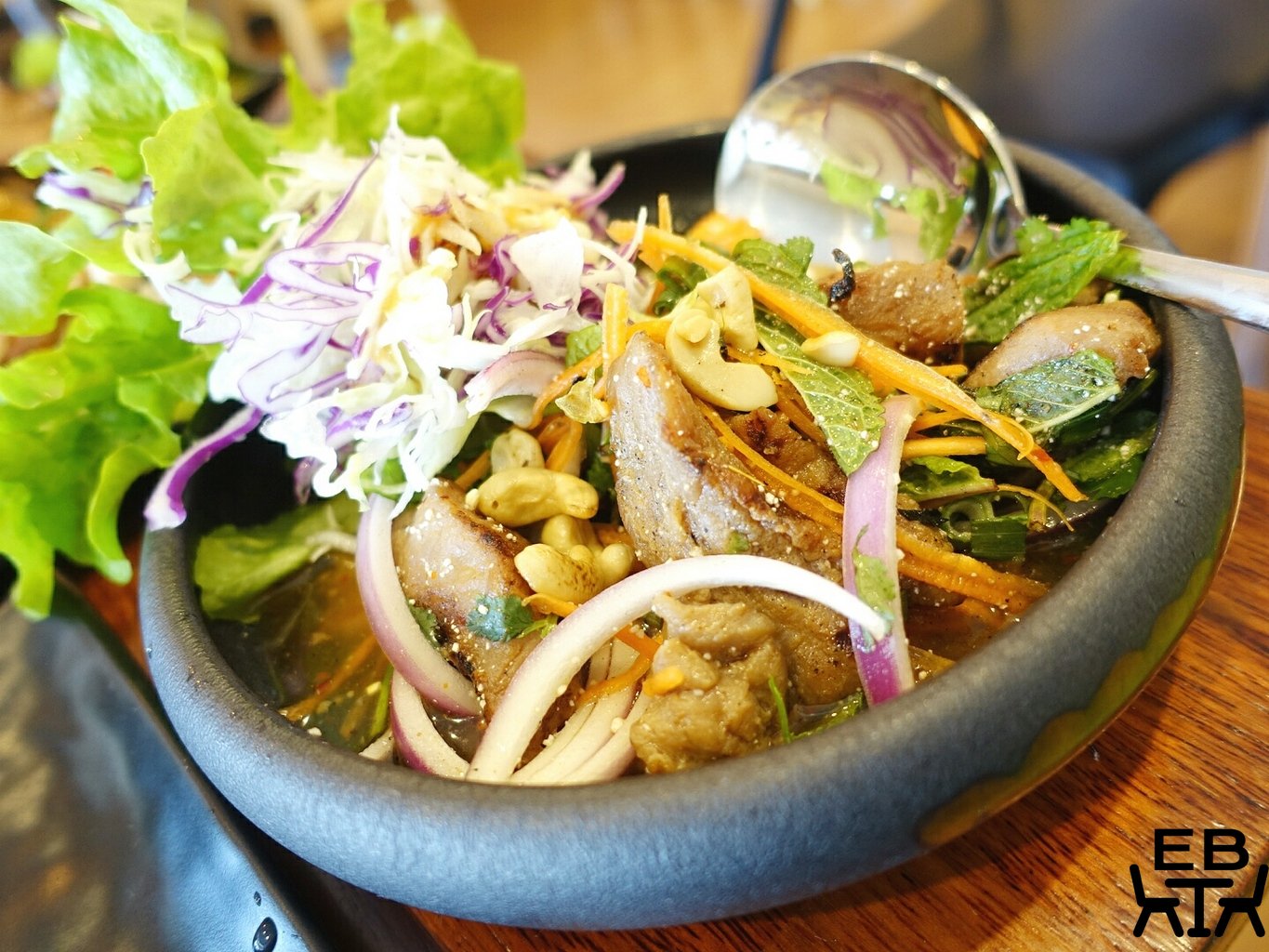