A couple of years ago, very few people knew what Scandinavian food was. Do they eat reindeer? Forest berries? Then Noma took the title of best restaurant in the world, and people began to take more interest in the cuisine. It’s still far from commonplace, and Lokal and Co (or Lokal + Co) is one of the few places in Brisbane to serve cuisine focussed on that part of the world. Stockholm Syndrome in Albion (extra points for the name) unfortunately closed its doors a few years ago, and Ikea doesn’t quite count.

The restaurant is located on one of the suburban streets of West End, away from the main food strips. The street itself didn’t even come up on the GPS when we were trying to make our way there (admittedly the map probably needs updating). Helpfully, they put A frames up at the junctions to help direct you.

Set up in a renovated Queenslander, the exterior is sophisticated grey and white, with a partially shaded wooden deck out front. Contrary to what seems the current trend, the name of the restaurant is actually clearly visible.

Inside, it is a beautifully bright space. It very much champions Scandinavian design. The clean white walls with only a couple of framed printed quotes on them, the tables and chairs that are all white and pale wood neatly lined up, the pared-down ornaments on each table of a glass jar of sugar and a little plant in a copper-coloured bowl.

It is a simple, light colour palate, and decor that manages to be minimalist without being stark. The copper light fixtures and other fittings add warm tones. There was a light grey floor covering that looked like concrete tiling, but had the resonance of wooden floorboards when you walked over them, which caused a bit of cognitive dissonance initially.

There was music playing in the background at a good level so that it was present if you listened, but not intrusive otherwise. Altogether, it was a calming, relaxed environment, and pleasant to be in.

The decor continued consistently into the bathroom, with toiletries neatly stacked on a little wooden shelf, and more witty framed lines.

We were greeted soon after we crossed the entrance threshold, and as it wasn’t too busy, were told we could sit anywhere we wanted. Menus were soon brought to us, food options printed on a single sheet of paper attached to a light wooden board. Unfortunately they don’t do all-day breakfast, and we had rolled into lunchtime.

We started with drinks while perusing the menu.

They serve freshly squeezed juices, and a friend at the table had the seasonal mix. There were a few different things in it, including watermelon, honeydew, carrot, and and pineapple.

It was thought that the flat white was pretty good, apart from a slightly bitter finish.

They didn’t have cold coffees listed, but did put together an iced latte on request. It had a nice round, nutty flavour, without being bitter.

The breakfast menu seems to offer a greater breadth of options, as it has a couple of sweet dishes as well (like gingerbread waffles with chocolate hazelnut sauce, whipped ricotta, and crumbed honeycomb). Lunch items are all savoury, but do have a greater variety of proteins. The lunch menu is divided into light or substantial dishes. Between us, we had the Cubano pulled pork sandwich from the light options, and the grilled house-cured gravalax and the lunch sirloin from the substantial options.

The Cubano (pulled pork sandwich) came with sliced leg ham, Jarlsberg cheese, dill pickle, beer mustard aioli, and thick cut potato chips. The bread was freshly toasted, so warm and a little crisp on the outside. The pulled pork component was juicy without being sloppy, and retained its texture. It had a good amount of cheese, adding creaminess to the mix. The mustard gave it a bit of a kick, and the tartness from the pickle added another dimension. The chips were nicely crunchy on the outside, and there was a good helping of the aioli to go with them.

The lunch sirloin came with a crisp green salad and beer battered onion rings. The sirloin was cooked medium rare as requested. It had a lovely char on the outside, and was still juicy on the inside. The seeded mustard served with it added a bit of heat without being overpowering. The onion rings with it were coated with a light, gold, crunchy, savoury batter, contrasting well against the sweet, juicy round of onion on the inside.

The grilled house cured gravalax came with warm potato and braised fennel salad, and a mustard seed aioli dressing. It was an interestingly different way to serve gravalax, which is usually presented raw after the curing, part of the point being that raw texture of the fish. It was crisp on the outside from being cooked on the grill. Inside, it was juicy, and the flesh came away in individual flaked layers. That was where it became evident what the curing imparted. The flesh of the fish had strong salty and mildly sweet flavour all the way through, as opposed to other ways of flavouring it which often mean either a glaze on top or sauce as you eat it. The potato rounds were soft, and tempered the strong flavours of the fish. The aioli was a good creamy dressing for the vegetables.

The waitstaff were cheerful and friendly, and made us feel welcome there. There were only a couple of hiccoughs with our experience. One being when trying to make the booking for lunch, which seemed to be a more convoluted process than it needed to be. They eventually agreed to hold the table for four, but then didn’t actually take a name or number to go with the booking, and were about to hang up, when I prompted them that they might need those details. The other being the long hair in one of the sandwiches at the table. To their credit, the waitstaff were apologetic when we showed them, and brought a new, freshly made sandwich to the table.

Lokal and Co does some rather delicious food. They know their flavours, and put things together well. It isn’t cheap, but well worth visiting. It is also a beautiful place to be.

Value: Alright for what you get. Breakfast potentially better value than lunch. 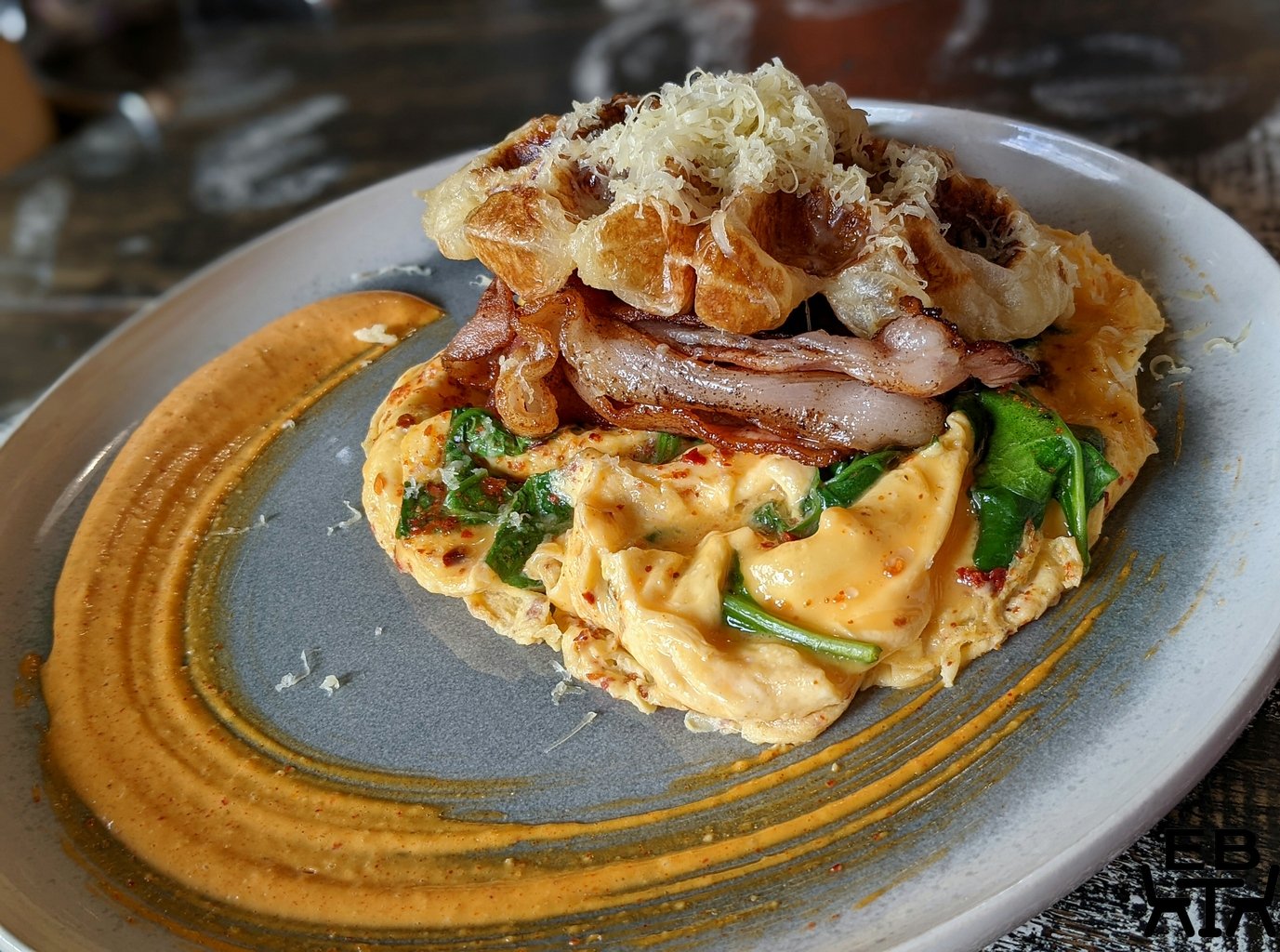 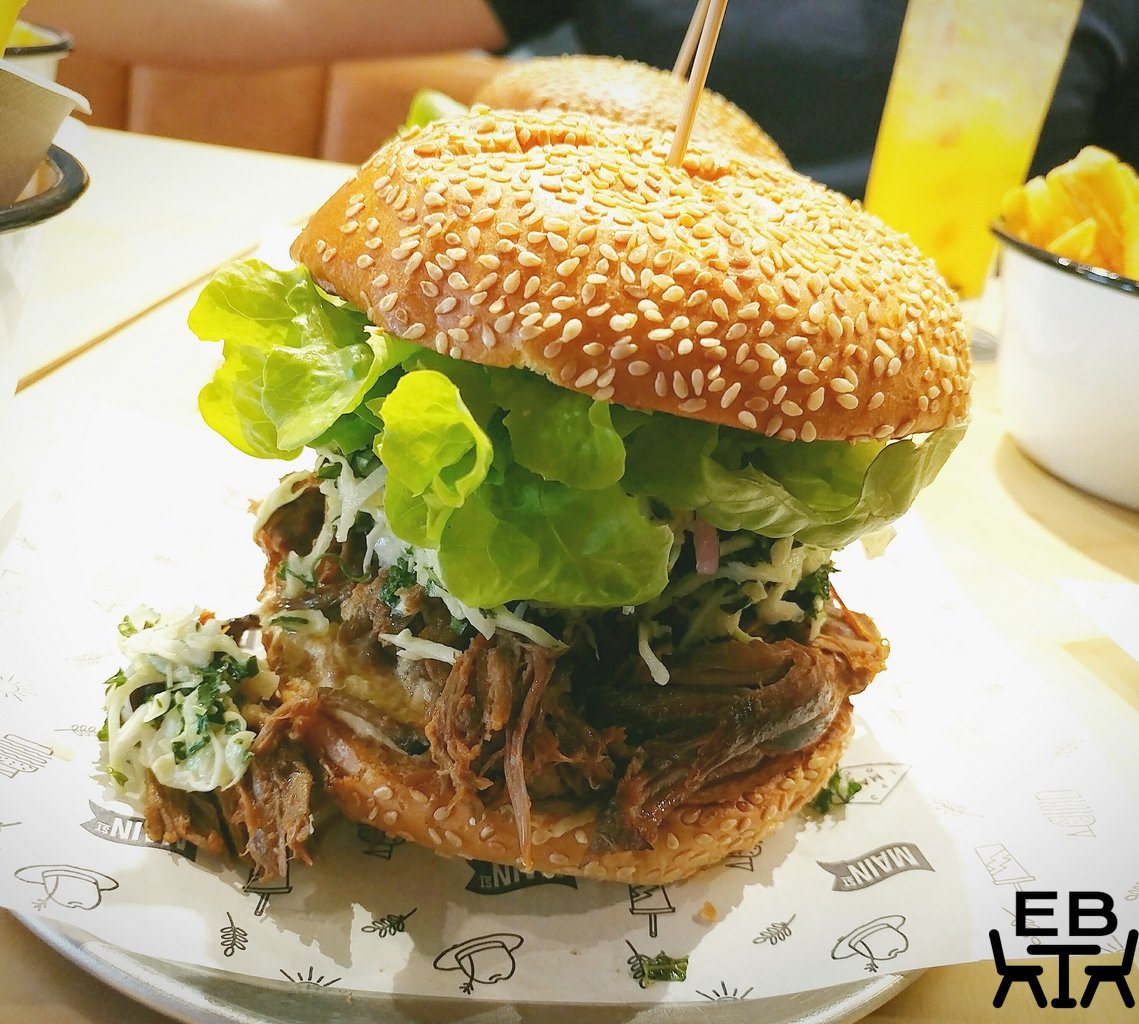